+44 - When Your Heart Stops Beating 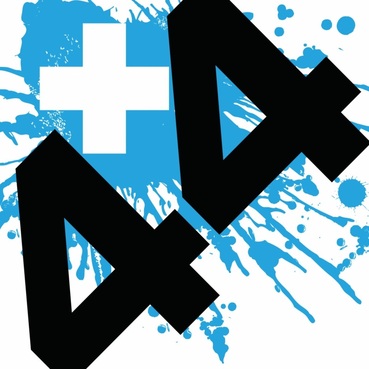 Singles: No It Isn't, Lycanthrope, When Your Heart Stops Beating, 155, Baby Come On

www.plusfortyfour.com
Forming during pop-punk trio blink-182's 2005 hiatus, +44 brought blink alums Travis Barker (drums) and Mark Hoppus (vocals/bass) back together as their former bandmate Tom DeLonge went off to form his own band, Angels and Airwaves. Originally billed as a largely electronic-based project, their songs eventually fell instead under the alternative rock umbrella; their name came from the international dialing code to the United Kingdom, where the duo first discussed doing the project. The two initially hooked up with vocalist Carol Heller of Get the Girl, but by summer 2006, she was no longer in the band in order to spend more time with her family. A month later, it was quietly publicized that +44 instead included guitarists Shane Gallagher (the Nervous Return) and Craig Fairbaugh (Mercy Killers, Lars Fredericksen & the Bastards, the Forgotten). Their debut album, When Your Heart Stops Beating, hit stores in early November 2006 through Interscope, as its title track found airtime on radio and MTV. +44 headed out on nationwide headlining dates through mid-December in support of the record, despite Barker breaking his right arm while filming the band's first video. ~ Corey Apa (Billboard.com)